COVID-19 Updates: What You Need To Know When Visiting Our Shopping Centre.

Six of our favourite winter reads

There’s nothing better than cosying up on the couch in front of the fireplace with a blanket wrapped around you, a good book in one hand and a glass of wine in the other. Especially when the kids are in bed, the dishes have been done, and all you can hear is calm and quiet. In fact, after being on your feet all day you’ve been dreaming about this exact moment where you can melt into the couch and totally absorb yourself in your latest fiction novel without any interruptions.

And here we are to break up your daydream and turn it into a reality as we share our top 6 reads for this winter’s Noosa Civic Book Club!

Where The Crawdads Sing by Delia Owens

Director Livi Newman brings to life this epic story to cinemas in July 2022, but don’t wait till then – this book is the best you’ll ever read. So what’s it about? For years, rumors of the “Marsh Girl” have haunted Barkley Cove, a quiet town on the North Carolina coast. So in late 1969, when handsome Chase Andrews is found dead, the locals immediately suspect Kya Clark, the so-called Marsh Girl. But Kya is not what they say. Sensitive and intelligent, she has survived for years alone in the marsh that she calls home, finding friends in the gulls and lessons in the sand. Then the time comes when she yearns to be touched and loved. When two young men from town become intrigued by her wild beauty, Kya opens herself to a new life – until the unthinkable happens. It is at once an exquisite ode to the natural world, a heartbreaking coming-of-age story, and a surprising tale of possible murder. Owens reminds us that we are forever shaped by the children we once were, and that we are all subject to the beautiful and violent secrets that nature keeps.

Why do we love it? We love this book because it’s a love story between a girl and the wild marsh. It’s a fascinating tale about how self survival, respect and love trumps fear, small town gossip and even a plot twisting murder. It’s a page turner! 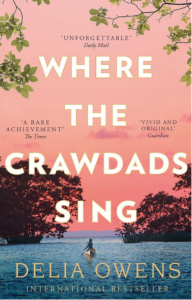 Set in Brisbane in 1983, we get thrown into the chaotic life of little Eli. Told from his young yet highly intelligent and intuitive perspective the story entails a lost father, a mute brother, a mum in jail, a heroin dealer for a stepfather and a notorious crim for a babysitter. It’s not as if Eli’s life isn’t complicated enough already. He’s just trying to follow his heart, learning what it takes to be a good man, but life just keeps throwing obstacles in the way – not least of which is Tytus Broz, legendary (and very scary) Brisbane drug dealer.

Why do we love it? This story is told from the perspective of its main character Eli – it’s refreshing to read the perspective of a young, bright, intelligent kid in a big kid world. It’s also fun to read about Brisbane back in the early 1980s! 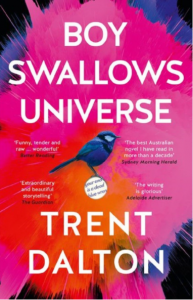 I Give My Marriage One Year by Holly Wainwright

How far would you go to save your marriage? Lou and Josh have been together for 14 years. They share two kids, a mortgage, careers and plenty of history. Now, after a particularly fraught Christmas, Lou is ready to ask herself: is this marriage worth hanging on to? Every month for a year, Lou sets a different test for their relationship to help her decide if she should stay or go. Secrets are exposed, old wounds reopened and a true-to-life suburban love story unfolds. I Give My Marriage a Year paints a sharply accurate, often hilarious picture of a modern Australian marriage. Lou and Josh are a couple on the edge, and their efforts to bring their relationship back from the brink will resonate with anyone who has ever asked themselves: is this enough? Whose side will you take? Who deserves a second chance? And will Josh and Lou stay together or split for good?

Why do we love it? We love this book because it offers modern marriages a new hope and a new direction as they figure out whether they should stay together or part ways. 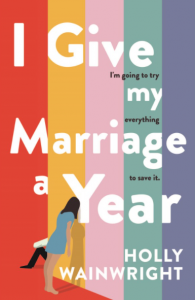 Set in Australia, this is the heartwarming new family saga from the bestselling author of The Kookaburra Creek Café. A year is a long time in the memory of a small town. Stories get twisted, truths become warped, history is rewritten. When Laura discovers an old photo of her grandmother, Lillian, with an intriguing inscription on the back, she heads to the sleepy seaside town of Banksia Bay to learn the truth of Lillian’s past. But when she arrives, Laura finds a community where everyone seems to be hiding something.

Virginia, owner of the iconic Beach Shack café, has kept her past buried for sixty years. As Laura slowly uncovers the tragic fragments of that summer so long ago, Virginia must decide whether to hold on to her secrets or set the truth free. Young Gigi and Lily come from different worlds but forge an unbreakable bond – the ‘Sisters of Summer’. But in 1961 a chain of events is set off that reaches far into the future. One lie told. One lie to set someone free. One lie that changes the course of so many lives. Welcome to the Banksia Bay Beach Shack, where first love is found and last chances are taken. A moving and heartfelt story by the bestselling author of The Kookaburra Creek Café and The Cottage At Rosella Cove.

Why do we love it? We all dream of moving to a small idyllic Australian town and discovering who our family is and where they came from. 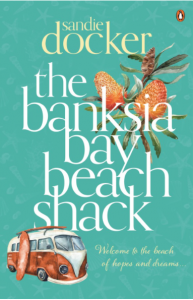 The glorious new novel from the international bestselling author of Daisy Jones & The Six.

A lifetime holding it together. One party will bring it crashing down. Malibu: August, 1983. It’s the day of Nina Riva’s annual end-of-summer party, and anticipation is at a fever pitch. Everyone wants to be around the famous Rivas: Nina, the talented surfer and supermodel; brothers Jay and Hud, one a championship surfer, the other a renowned photographer; and their adored baby sister, Kit. Together, the siblings are a source of fascination in Malibu and the world over-especially as the offspring of the legendary singer, Mick Riva.

By midnight the party will be completely out of control. By morning, the Riva mansion will have gone up in flames. But before that first spark in the early hours before dawn, the alcohol will flow, the music will play, and the loves and secrets that shaped this family’s generations will all come bubbling to the surface. Malibu Rising is a story about one unforgettable night in the life of a family: the night they each have to choose what they will keep from the people who made them . . . and what they will leave behind.

Why do we love it? As Malibu moves from being a hippy coastal commune of the 1970s into a beachside destination for the rich and famous in the early 1980s, Malibu Rosing follows the life of four fractured yet immeasurably close siblings. 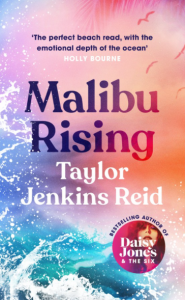 Late in the night, fourteen-year-old Sam Watson steps onto a quiet overpass, climbs over the rail and looks down at the road far below. At the other end of the same bridge, an old man, Vic, smokes his last cigarette. The two see each other across the void. A fateful connection is made, and an unlikely friendship blooms. Slowly, bonded by their suffering, each privately commits to the impossible task of saving the other. Honeybee is a tender, profoundly moving novel brimming with vivid characters and luminous words. It’s about two lives forever changed by a chance encounter – one offering hope, the other redemption. It’s about when to persevere, and when to be merciful, as Sam learns when to let go, and when to hold on.

Why do we love it? Life throws unexpected twists and turns, and this sliding doors story shows how the meeting of two people can set into motion a profoundly moving sequence of events. 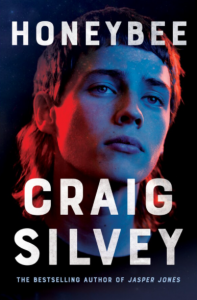 Looking for a new handbag? Pop into @strandbags to

ROARRRRR! The School Holidays have started and the

It's FREE COFFEE DAY at @thecoffeeclubaustralia to

Spring is here and that means...BBQ season! Drop i

Sign up to our mailing list below and be the first to find out about upcoming events, new store openings, competitions and much more.  As an added bonus, we have a gift for you!  Collect your complimentary set of metal reusable straws on your next visit!